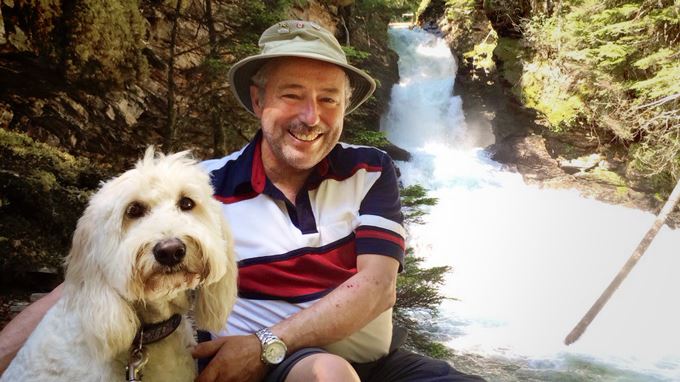 Meet Warren Randle, a legacy at Harbour Air Seaplanes. An aviation veteran of over 25,000 hours in the air over his adventurous career. Warren has now settled in to enjoy retirement in Nanaimo, British Columbia, but not without a story to tell. Warren holds his career close to his heart, because for this pilot, the journey wasn’t always about the ups as much as it was about the downs.

These days Warren spends most of his time on land; lucky for us, I was able to catch up with him to learn more about a lifetime of exploring the world.

Warren: For five years in the early 90’s I was working for Kenn Borek Air. They were contracted to Harbour Air during the summer seasons. Kenn Borek had a lot of Twin Otters and they leased to Harbour Air at the time. So, for four months every summer I would work there, flying Twin Otters up and down the coast, moving fisherman, loggers and tourists.

When I wasn’t flying contract for Harbour Air, I was away from home seven to eight months of the year.  I was in Antarctica for five months every year, and two months in the high Arctic Circle working with the military, polar expeditions, climbers and scientists.

Even though it was fantastic, exciting work, I left in the summer of 1994 because I wanted to be at home to raise my kids. I loved working at Harbour Air, I was always impressed how CEO Greg McDougall ran the company, especially how proactive they were on safety and employee relations.

It’s never easy making the decision to walk away from something you know so well, something that’s familiar.

Honestly, it really was. I was willing to start at the bottom if they were willing to have me and they were. So here I am 20 years later after being hired on July 11th, 1994.  Nobody could believe I would give up an adventurous job traveling around the world, but the world didn’t matter as much to me as my world here at home.  My career was very important before Harbour Air and it was a huge change, but Bill Pennings, chief pilot at the time, took me on and he decided I’d be a good fit because of my experience in single or turbine engines. It was two steps back and one step forward, but it was worth every bit of it, being home every night was more appealing than the major airlines.

The first seven years my family and I lived in Prince Rupert where I flew for Harbour Air on the north coast. It’s a very challenging environment and it was a challenging place to fly, the north coast is very windy, the tides are twice as high there, 23 to 26 feet every six hours.  It can be very difficult to fly the Hectate Straight and gauge where you can land, it’s almost too rough especially in storm force winds.

It was a challenging environment for the whole family. In Prince Rupert it rains 300 inches a year and half of that is horizontal due to high winds. I can remember crossing Main Street with a baby in the stroller, a toddler in hand, and bags of groceries hanging from the stroller. Moments later, after a gust of wind, the traffic had all stopped while motorists helped us chase down groceries and pick up our kids who had been blown over, along with the baby carriage. I can’t believe how my wife put up with those years, having being raised in a desert climate! When Harbour Air President, Peter Evans, gave us the opportunity to transfer to the south coast, we chose Nanaimo.

Aviation is a challenging yet rewarding industry to work in. What are some of the challenges you or other peers of yours have faced?

Well, I love my wife and being away from home eight months of the year is a tough situation. Other airlines are similar, it’s very tough to keep your family life intact. I didn’t want to go down that path. I keep telling people here, if they have a family, they have the best job in the world. The equipment is safe and because it’s a seaplane you’re home every night. Go and find that, along with decent wages, health benefits and employee perks anywhere else in the world and then come talk to me.

In 2008 you were diagnosed with cancer. What is it about your career that’s helped you get past that?

Thank goodness for me, I got cancer in 2008 and I’m still supported by Harbour Air.  For those of us who’ve needed the help, it’s been a godsend. We still have a house, I’m raising three daughters and I’m still unable to work.  It’s a sacrifice but we feel very lucky; maybe you’ll never fly skis in the Antarctic but so what?  Here it’s challenging, there’s always things to learn and there’s always someone willing to lend a hand.

My last flight was on June 18th, 2008 and I was diagnosed a few weeks later on July 1st, 2008.  I had one last flying opportunity and it was an extraordinary one that happened two years later, during the 2010 Winter Olympics.  The chief pilot at the time, Cec Sampert, was chosen to fly the Olympic flame along with its entourage from Salt Spring Island to Cowichan Lake for the 2010 Winter Olympics.  Cec phoned me and asked me to fly with him one last time. I was well, I had been out of the hospital for awhile, but what a fantastic way to go out!  Thanks to Cec Sampert, my last flight was in October of 2010.

(Laughs) That’s true. Experience flying aircraft varies, depending on where you fly, what type of aircraft, and when you flew. 20 years ago, regular days off only existed for the pilots flying for the major airlines.  For those of us flying aircraft under 13,000 pounds, flying six days per week with the seventh day on call was normal. Working seven days per week was industry standard for us and logging 1,200 hours per year was common.

Thankfully, the flying industry has become much more civilized and safer. Harbour Air’s current chief pilot, Art Booth, submitted an application to Viking Air which owns the rights to the de Havilland Aircraft, on my behalf. They have a medallion program to recognize the hard work of pilots who have flown de Havilland Aircraft types for more than 5,000 hours. I recently received three of these pins and certificates for which my family and I are very grateful. The certificates included a poem called High Flight, which is a famous piece of literature often quoted. It’s even been read on the moon.

You’re not flying these days, but you’re still close with the team at Harbour Air.

I had a phenomenal 34 year career and before my diagnosis, I would have worked ten more years, I was feeling great.  Harbour Air is a dream job and I would have happily stayed as part of the crew.

I’m heading to Vancouver tomorrow actually to visit, staying tight with my colleagues at Harbour Air who have been so supportive. They have flown me to every appointment, back and forth to Vancouver General from the first day. They even did some crowd-funding. There was a three month gap between my holiday pay running out and the time long-term disability kicking in so Alicia, the Base Manager in downtown Vancouver, organized some fundraising events for my family. I haven’t seen her for a long time so I am taking my daughter over there tomorrow to see her and hopefully buy her a bowl of soup and give her a hug.

You know, it’s terrible that people have to get sick to have these experiences with those around them, but the support that comes through, the friends who stand by your side…

I know, it’s remarkable.  My Harbour Air friends have always been there and they are like family to me.  Every time I go there they’re so friendly and so kind. I can’t wait to see them tomorrow.