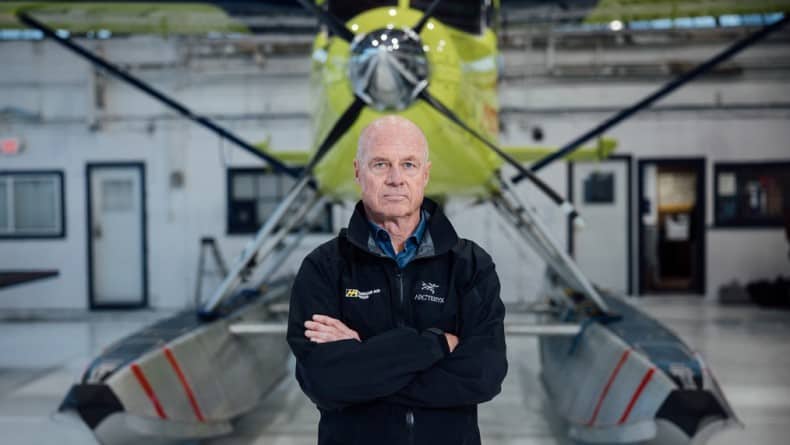 Harbour Air CEO and Founder, Greg McDougall, is thrilled to receive the 2020 Award of Honour from the Honourable Company of Air Pilots (HCAP). The Award of Honour recognizes an outstanding and enduring contribution to aviation. The organization selected McDougall to receive this year’s Award of Honour for his leadership and determination in taking a dream to reality, committing to developing a fleet of electric-powered aircraft to become a world leader in carbon zero operations.

“This is an incredible honour,” said McDougall. “I have believed for quite some item that the future of transportation and certainly aviation is electrified. The successful first flight of the ePlane was the first step in realizing this future and I am incredibly proud of Harbour Air’s leadership role in re-defining safety and innovation in the aviation and seaplane industry.”

The award comes nearly nine months after McDougall flew the first successful test flight of the world’s first commercial electric aircraft. The HCAP spoke of McDougall as “one of aviation’s great innovators at a time when environmental concerns are driving radical change amid the search for alternatives to fossil fuel-based propulsion.” The HCAP Trophies and Awards are among the industry’s most prestigious as the recipients are chosen by their peers, who have decades of experience in military and civil aviation worldwide.

Harbour Air was also awarded the Cumberbatch Trophy in 2012 for outstanding contributions to air safety by the same organization, then known as the Guild of Air Pilots and Air Navigators. Traditionally presented at London’s Guildhall at the end of October, this year’s award presentation event has been postponed to 2021.