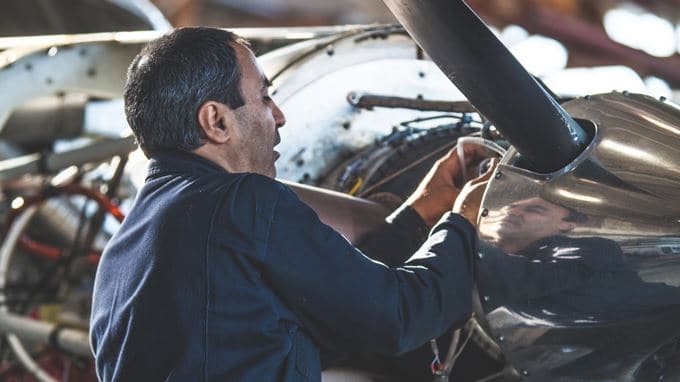 Life in a Seaplane Hangar: What’s Behind the Scenes?

Life in a Seaplane Hangar: What’s Behind the Scenes?

“Hey Kelvin, nice to meet you!”

These are the first words I’m greeted with outside Harbour Air’s large hangar in Richmond, British Columbia. Erika Nixon is Harbour Air’s Maintenance Manager and she’s here to show me around the shop.

This is where the magic happens.

One of the first things obvious to me was how passionate everyone was about working with the airplanes. The atmosphere was buzzing as people moved pieces of wings around, worked on engines and crafted the beautiful machines I get to fly in.

Take it away Erika!

Kelvin: What’s something about the hangar that might surprise someone like me who’s never been in one before?

Erika Nixon: We actually make a lot of modifications to these aircraft. We almost create brand new planes out of old ones we overhaul, we’re constantly improving everything. We like to think of ourselves as classic car mechanics, everyone just loves working on the planes with their hands. 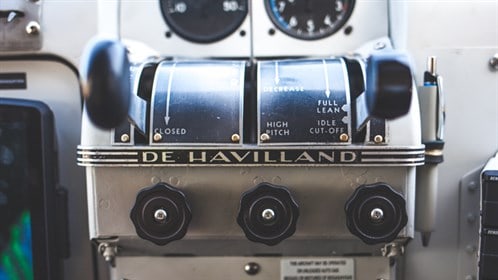 Is that why people like working here? To scratch that mechanic’s itch?

For sure. It’s a very unique operation. We’re the one of the largest seaplane airlines in the world and it’s a unique opportunity for all of us. We modify the aircraft to improve them. You see the panoramic windows on that one? That’s a modification to the aircraft, we’re constantly making them better.

So you can take different parts out and swap them with new pieces?

Yep, you can see the original windows on the Otter over there, they’re quite small, so this allows a little bit more viewing pleasure for our passengers. We rework the dash, we also do repair on our flight controls, our wings, basically making sure that everything is top-notch. Of course we work very closely with Transport Canada.  Everything that changes has to go through them for approval.

What does everyone’s background look like? Is the appeal to work on machines and work with their hands? Are they mechanics?

Yep, you bet. That’s how it starts, people passionate about working on machines. Then there’s a lot of education and on-the-job training that goes into working on any aircraft in the world. Because we’re a specialized aircraft, seaplanes, we develop our own unique training programs, something that our training coordinator oversees and runs. Everybody who works on an aircraft has to have a Transport Canada approved maintenance course and then they go through their apprenticeship.

It’s like a lot of the other trades where you go through school to become an electrician, you’re not actually an electrician quite yet. 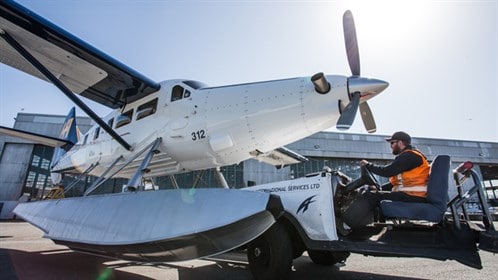 Yes. BCIT is one of the institutions that is accredited by Transport Canada, so some of our people have gone through BCIT. There’s also Northern Lights, they offer another accredited course. There’s a variety of different locations that offer these courses.  When they come and do their apprenticeship time with us, they fill their log book out, then they complete their Canadian Aviation Regulations exam and finally Transport Canada issues them a license to work on aircraft.

Is it similar to becoming a pilot then?

It is a lot of on-the-job training for sure in that sense. We have a saying in this industry, “the day you stop learning is the day you should get out of the industry”.

No kidding. That should be every industry, right?

Everything I’ve learned about Harbour Air so far is married to safety.

It’s our number one priority.

And people can be safe and concentrate on their work and do fun stuff while they’re at it.

Exactly. We’ve got a great team environment, and we’re lucky in this environment to have people who’ve been working on this type of aircraft for decades. I did an experiment a few weeks ago because I wanted to see how many years total experience we have here in this department, it’s in the hundreds of years.

Really? That’s awesome. Did you find an actual number?

Yep. So there are three different types of aircraft: Beaver, Single Otter and Twin Otter.

For Beaver, it’s over 575 years of experience. Singles it’s 443 and Twins: 233 years of combined experience. 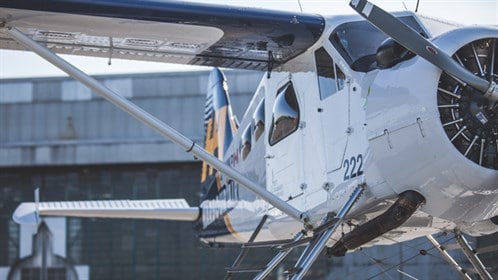 It’s pretty spectacular. Like, it’s staggering, actually. We are very lucky, we have a ton of experts on these type of aircraft with a ton of experience and that’s why a lot of people come to us to work on our aircraft.  A lot of private owners and a lot of other companies as well.

Private owners come to you as well?

Yep. Beavers, Turbo Beavers, Cessnas – people own them and they want them well taken care of.

So you’re basically the all-encompassing mechanics of the sky.

Awesome. So what area are we standing in right now?

This is the structures area. They work on the structural repair of our components and our aircraft. They can work on rebuilding the floats, you can see they’re stacking up flight controls here. Bits of the tail and the wing basically. We can take anything apart and swap it for an improvement. Even the seats are removable. We can repair those, the seat upholstery undergoes some wear and tear. We have an upholstery place in Victoria that helps us out with that.

We’ve talked a lot about how the shop runs and how everyone else works – how about you, Erika? What brought you to Harbour Air?

Me? (Laughs) I just know I work with an amazing bunch of people. It’s rewarding to come to work every day.

Erika Nixon’s seaplane hangar is a hive of activity.

There’s moving parts, moving people and lots of work. It’s fascinating to see the enthusiasm that each person has for their own part in the construction of an aircraft. When that plane is up in the sky, its flight is dependant on every component doing its job, and down here on land is no different.

Just like the plane itself, the hangar is just as strong as parts its made from.