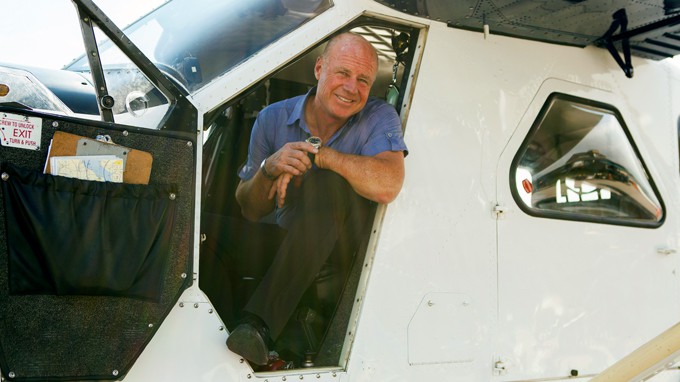 Vancouver, B.C., February 4, 2019 – On May 16, 2019, Canada’s Aviation Hall of Fame will honour five individuals for their contribution to Canadian aviation. Greg McDougall, founder and CEO of the Harbour Air Group and Harbour Air Seaplanes, will be one of two B.C.-based industry leaders to be inducted as Members of the Hall of Fame.

“It’s an incredible honour,” said Greg McDougall, founder & CEO of Harbour Air Seaplanes. “I am extremely proud of what we’ve been able to accomplish as an airline and how our efforts have contributed to a number of innovations and enhanced safety standards in our industry.”

Starting out with two planes servicing the forestry industry, Harbour Air grew into one of the largest all-seaplane airlines in the world to become a vital piece of B.C.’s transportation infrastructure. With more than 450 staff and transporting more than 500,000 passengers each year, Harbour Air is internationally renowned for its business model and offers consulting services to airlines around the world, including the UK, USA and China. In 2007, Harbour Air was the first airline in North America to become completely carbon neutral, an achievement it continues to this day.

“I think we recognized early on that in order for us to make seaplane travel a sophisticated air transportation option we had to change the stereotypical, bush-plane culture of the West Coast and elevate safety standards to that of a professional airline,” said McDougall. “Our steadfast focus on safety, innovation and service was the breakthrough of our operation and certainly its ongoing success.”

Born in 1955 in Santa Barbara, California, McDougall made annual family trips to his family’s remote cabin in B.C., sparking McDougall’s desire to return to the coast and begin flying commercially. In 1982, during an economic downturn, when the company he was working for began to struggle, McDougall decided to lease back the aircraft, co-founding Harbour Air. Over the next 35 + years, Harbour Air grew, offering scenic tours, private flights and scheduled service across twelve destinations, including its first international service between downtown Seattle and downtown Vancouver, which launched in Spring 2018.

The 2019 inductions will be the 46th annual celebration of Canadian aviation accomplishments and will bring to 237 the number of Canadians who have been installed as Members of the Hall. In addition, 23 organizations have been honored for their contributions, receiving the Belt of Orion Award of Excellence.