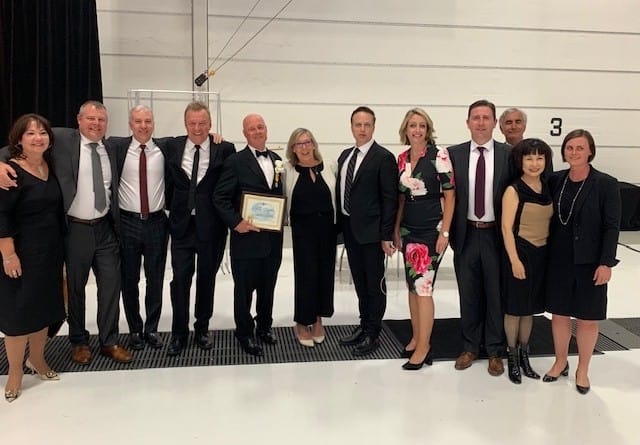 Thursday, May 16 2019, the founder and CEO of BC-born Harbour Air Group and Harbour Air Seaplanes, Greg McDougall, was inducted into Canada’s Aviation Hall of Fame. On the heels of its plans to convert one of the airline’s aircrafts and launch the first all-electric commercial flight, McDougall is now one of 237 individuals honoured for their contribution to Canadian aviation.

“It’s an incredible experience to reflect back on the history and milestone moments of Harbour Air that brought us here tonight,” said Greg McDougall, founder & CEO of Harbour Air Seaplanes. “To be surrounded by industry leaders and aviation champions, I am extremely proud of what we’ve been able to accomplish and humbled to be amongst these renowned leaders of innovation and aviation.”

Surrounded by industry pioneers, McDougall took the opportunity to unveil the first look at the Harbour Air’s ePlane design, which will convert one of the fleet’s existing DHC-2 de Havilland Beaver aircraft powered by the magni500, a 750 horsepower (HP) all-electric motor. The aircraft is currently being overhauled with plans for the first all-electric test flight expected to take place in November 2019.

“Our steadfast focus on safety, innovation and service was the breakthrough of our operation and certainly its ongoing success, “said McDougall. “We are once again pushing the boundaries of aviation by becoming the first commercial aircraft to be powered by electric propulsion. We are excited to bring commercial electric aviation to the Pacific Northwest, turning our seaplanes into ePlanes.”

The 2019 inductions will be the 46th annual celebration of Canadian aviation accomplishments and will bring to 237 the number of Canadians who have been installed as Members of the Hall. In addition, 23 organizations have been honored, receiving the Belt of Orion Award of Excellence.