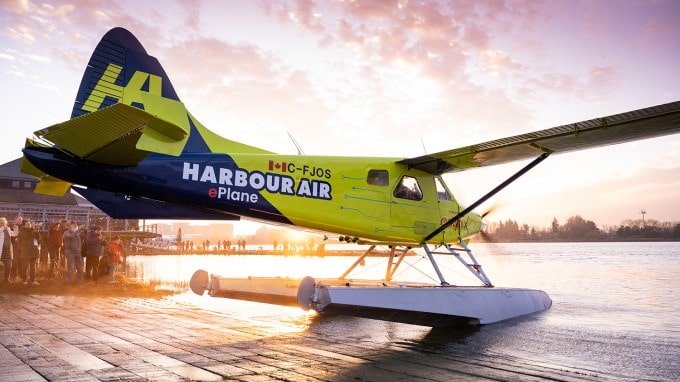 In early 2019, Harbour Air announced a partnership with Washington based magniX, the company powering the electric aviation revolution, with a commitment to build the world’s first all-electric commercial airline. We are ‘buzzing’ to share that the first, history-making step towards our goal was successfully completed on December 10, 2019, when the world’s first fully electric commercial aircraft took flight in Richmond, BC.

How we’re turning seaplanes to ePlanes

Together with our incredible partners, magniX, we brought together the expertise in aviation, maintenance and electric propulsion systems to begin the process of retrofitting a DHC-2 de Havilland Beaver and converting its engine to a 750-horsepower all-electric motor. In less than 10 months, the team created the blueprint, built the ePlane and successfully flew it!

What’s next? With the successful first flight complete, the aircraft is currently undergoing the certification and approval process with the FAA and Transport Canada. Over the next one to two years, we will continue testing and alterations on the path to certify the aircraft for passenger flight.

As part of our vision, we’ve always believed in doing the right thing for our people, our communities and for our environment. This drove us to become North America’s first fully carbon neutral airline in 2007.

But we can be bolder. Our ePlane project will ultimately turn our 40+ fleet of seaplanes from carbon-neutral to carbon-zero!

We know that the electrification of our fleet is the next necessary step to truly make a difference in our environmental and economic goals. It is better for the communities we serve and it also to gives our passengers a better way to travel. It’s a bold step in making a big difference for our planet.

Because we can! Harbour Air is uniquely positioned to be the leader in commercial electric flight. Due to the smaller size of our single-engine aircrafts (carrying between 6 to 19 passengers) and the short average length of our routes (most of our routes are around 30 min or less) we can actually utilize today’s technology to fly with fully electric power. And on December 10, 2019 – we did. 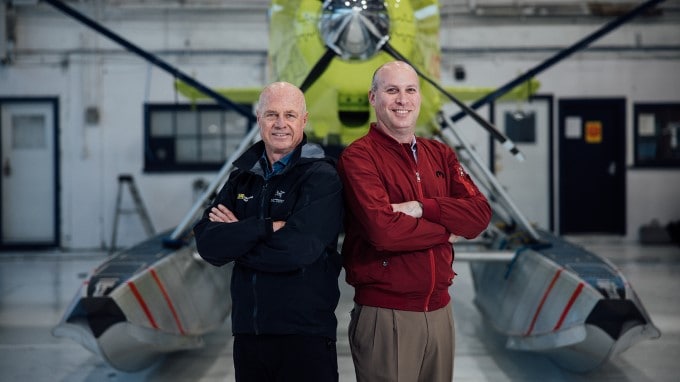 ◄ Back
Next ►
Picture 1 of 5
“If we sit here looking out the window, one day there’s going to be something flying out there that’s going to rock your world. I want to be the one flying it, not the one watching it.” – Greg McDougall, Founder & CEO, Harbour Air
Book a Flight
Find
Flight Status
Go
My Account
Login
Hello, Person
HAS #: 123456
My Reservations Sign Out
Hide